After our time in Paris which seemed to go by way too fast, we took a flight to Athens, Greece!

After our adventures by taxi, plane, and train, we were pretty tired and ready to get settled into our hotel room. Little did we know we would be carrying our over-packed suitcases up-hill for about eight blocks. The longest eight blocks of my life! 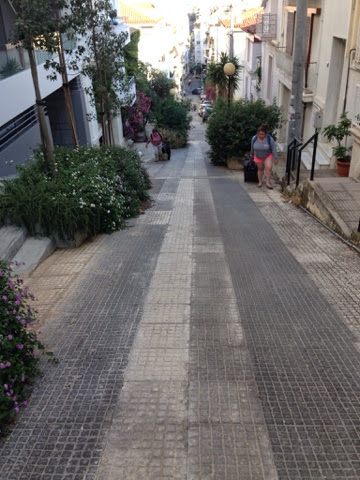 I don't think this picture really does it justice, but this part was so steep I was worried of rolling downhill. We could've taken another route that wasn't as long but had a lot of stairs instead. I think we picked the lesser of two evils.

My first impretion of Greece was not great. There was lots of graffiti everywhere, and apparently there's a large stray cat population. But once we got settled into our hotel and started exploring, it was absolutely beautiful.  Just like any other big city, there are nice and not so nice areas, but the winding streets lined with cafes and view of the Acroppolis were just stunning. 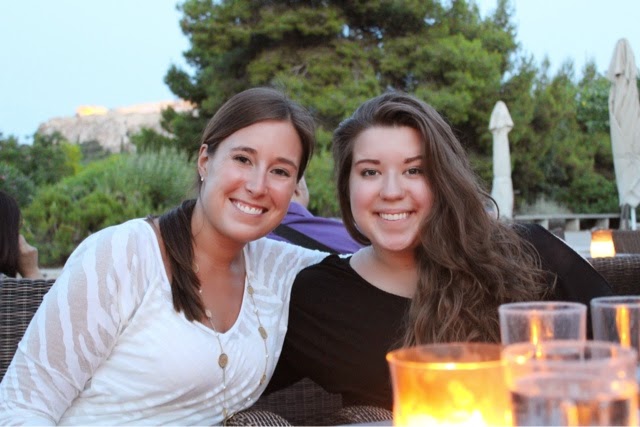 We had dinner outside our first night in a fun area near our hotel with lots of shops set up with handmade items, and the Acropolis is just behind those bushes. We of course had to eat some olives and feta cheese. 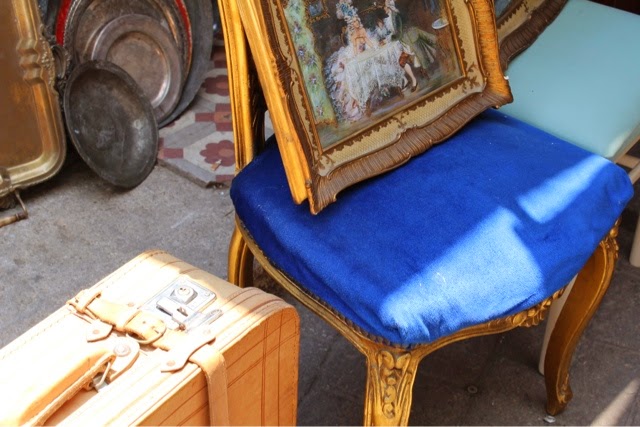 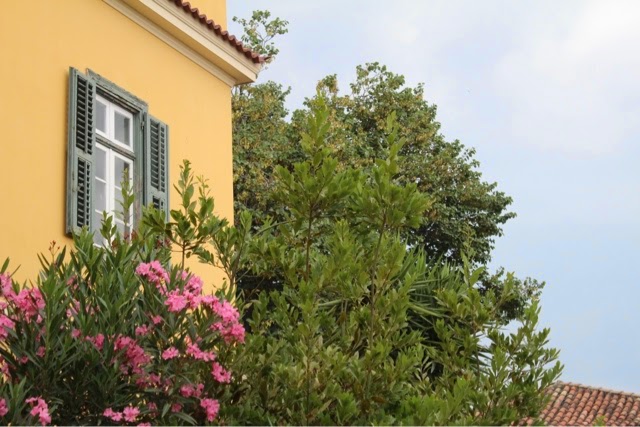 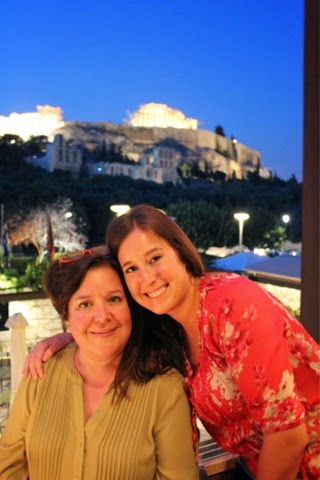 A delicious dinner with the best view at Dionysos 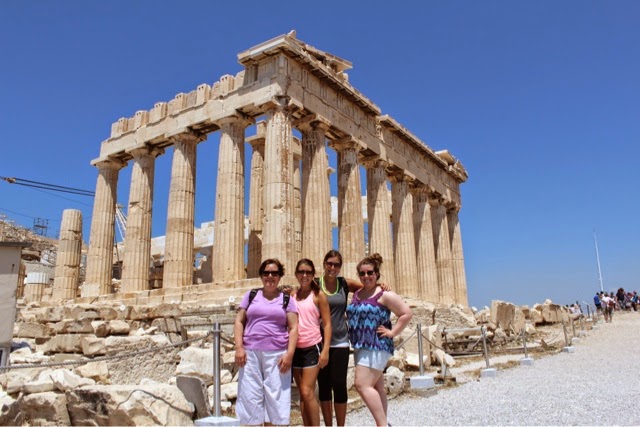 The Parthenon @ the Acropolis 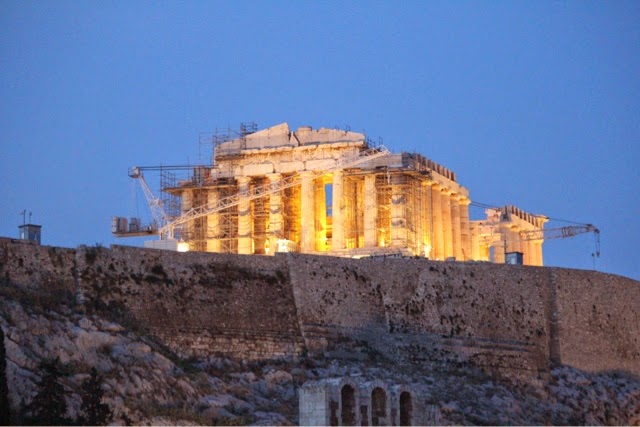 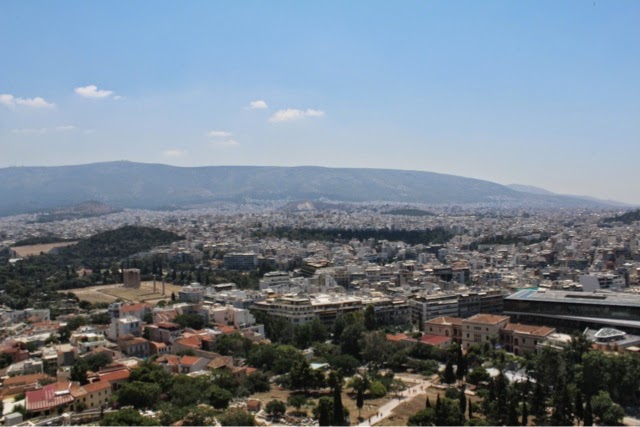 Views from the Acropolis 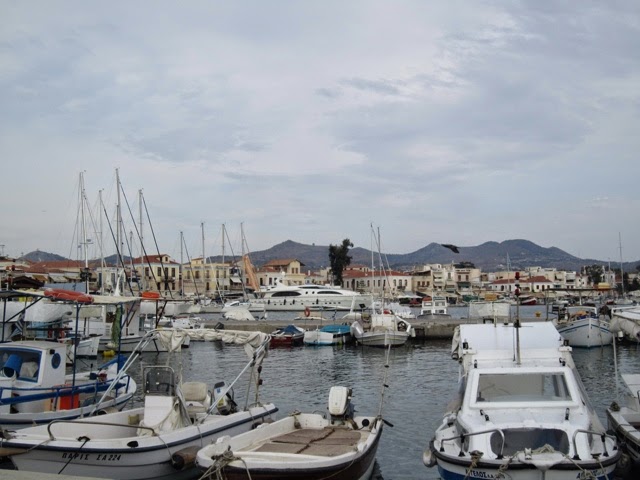 Day trip to the island Aegena 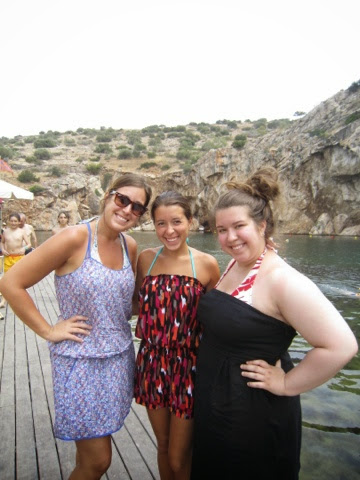 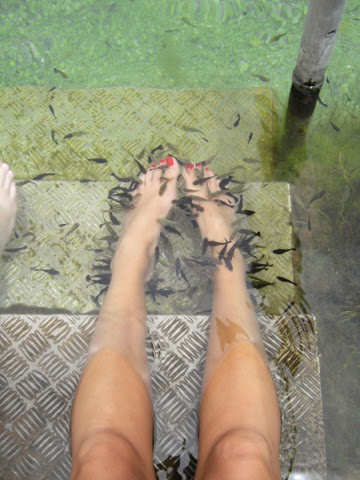 Annie getting a fishy pedicure...the fish in the lake eat away the dead skin off your feet if you stand still. Some people pay lots of money for this at Asian spas!

Our trip to both France and Greece was outstanding. There was more I wish we could've done, but that just means we have an excuse to go back again. Great food, lots of sights, and memories with my mom and sisters - can't beat that.

Speaking of great food, check out a recipe here for a dish we all loved and ate several times in Athens. It is phyllo wrapped feta with sesame seeds and honey. So delicous!
Posted by Unknown at 6:24 AM