Last week I went to my first Indian wedding! Technically, weddings can last several days with a variety of different celebrations, however I attended the final evening where the marriage ceremony actually takes place.

I went with my friend Camila to the markets in the Pink City, and she helped me pick out a sari. Luckily she knows the market well, and knew a place with the best price. I was able to get my sari for just $5. A sari is essentially a rectagular piece of fabric that is then tied in various ways. I paid a woman $2 to insert an elastic waistband aka "sari for dummies." She even added a "silk" lining which I wasn't expecting. Even with that it was still tricky to tie! Some of the girls at school helped me out. I opted not to have a top made because they're crop tops. Instead I wore a tank top and workout capris underneath. It is my Americanized version. 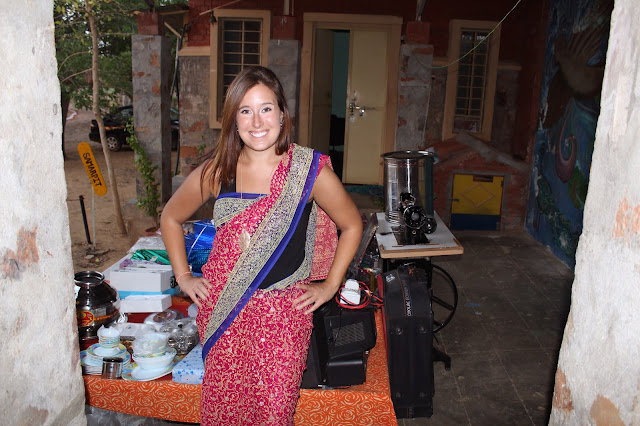 The wedding was for one of the teachers at school, Parveen. She is about 20 years old, and has grown up at Vatsalya-Udayan. She teaches the youngest kids and she's great with them. Her wedding was arranged by Gita, who works at the orphanage taking on a variety of tasks. The man she married is from her village, and the celebrations took place on campus.

When I arrived around 5:00, most of the boys were running around with anticipation, while the girls were busy doing hair and makeup, or prepping flowers. 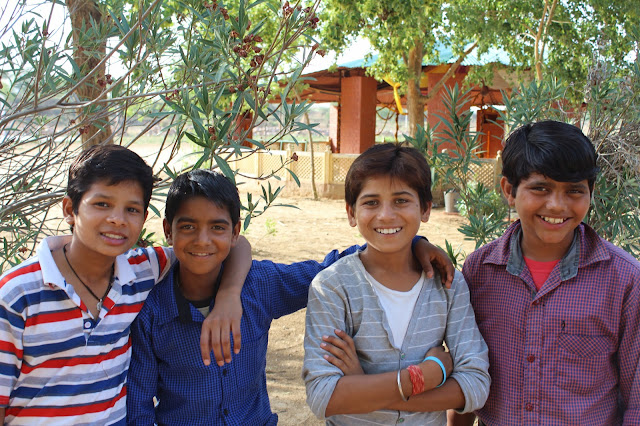 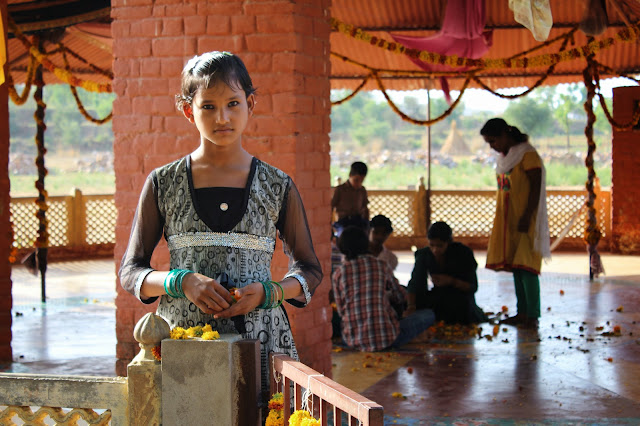 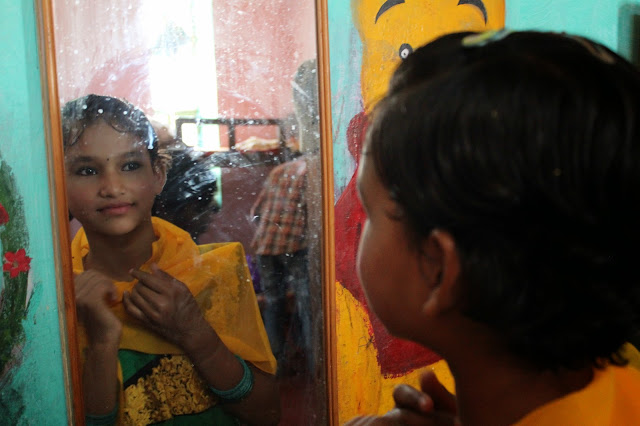 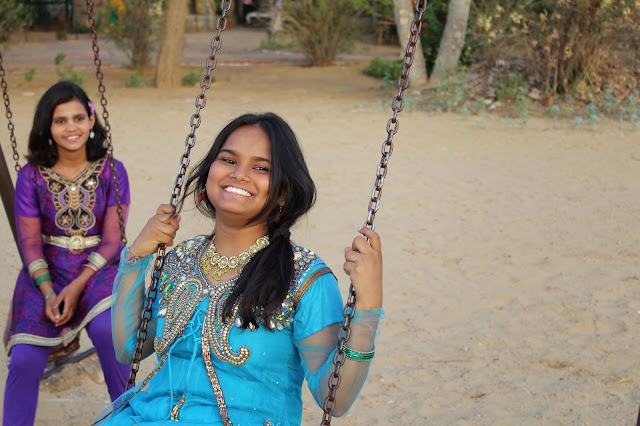 Around 6:00 the groom made his entrance with his family, accompanied by some music, dancing kids, and of course a few random fireworks. 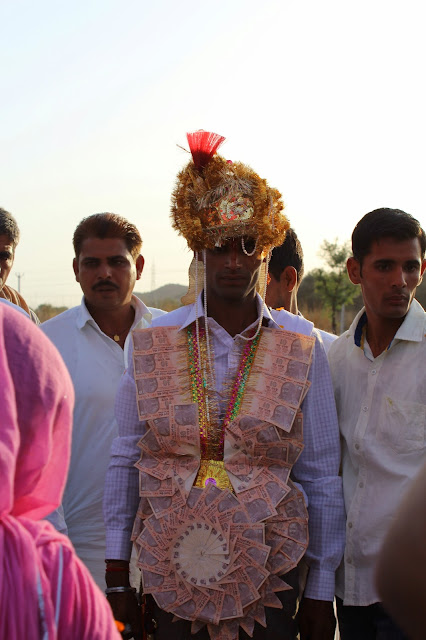 The grooms vest is made of rupees. 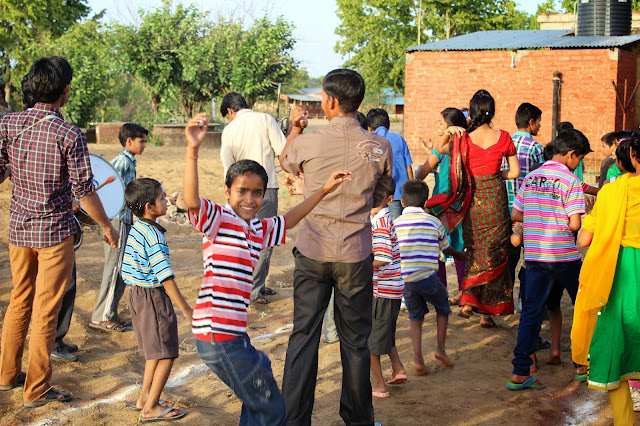 Apoorv and his twin Ayush had the best dance moves. 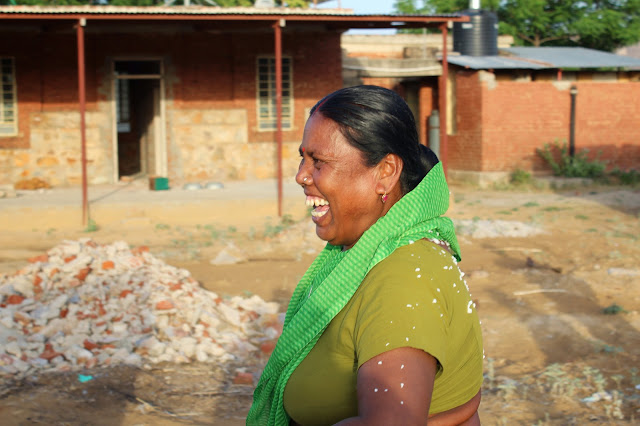 This is Poonima Auntie. She helps with taking care of the children and has one of the best smiles. 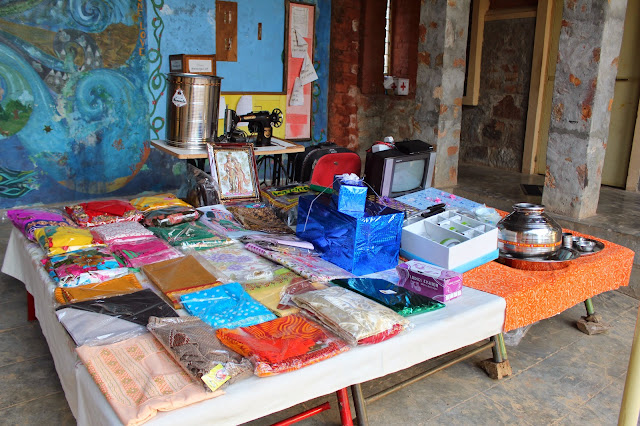 Here's the gift table. There were many things there to help the new couple make a home, including dishes, a sewing machine, pots and pans, and bedding. 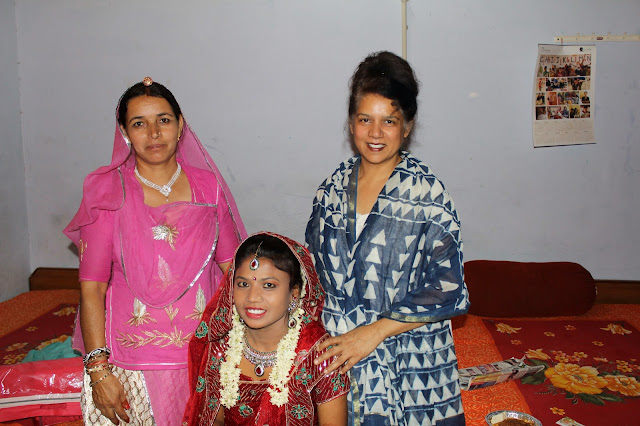 Here's the bride! In the pink is Gita Auntie and the blue is Jamaila, who is the school and orphanage director. 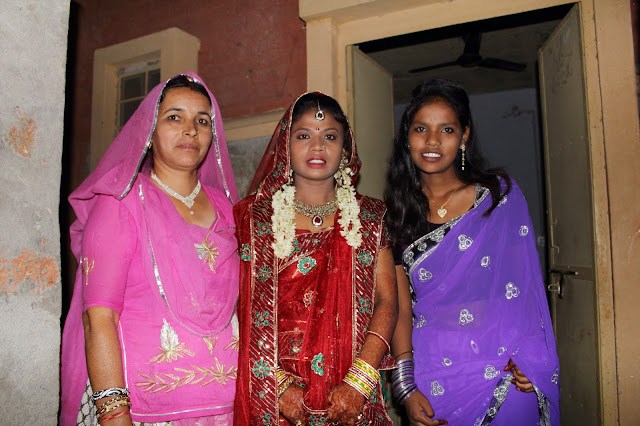 The night before the wedding there is a celebration where all the girls get henna/mehendi. 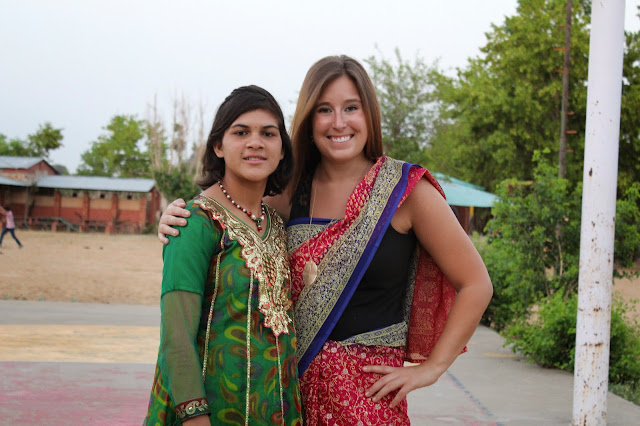 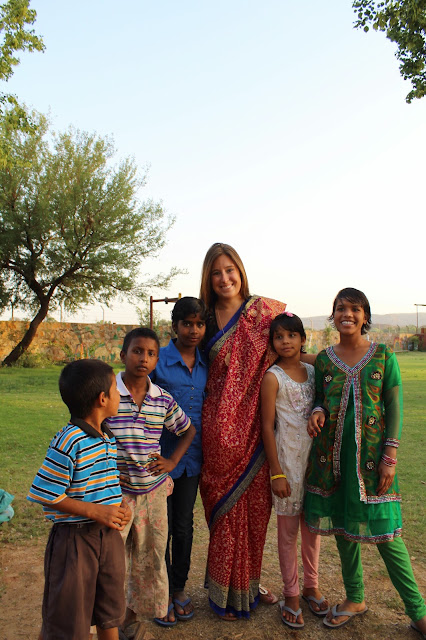 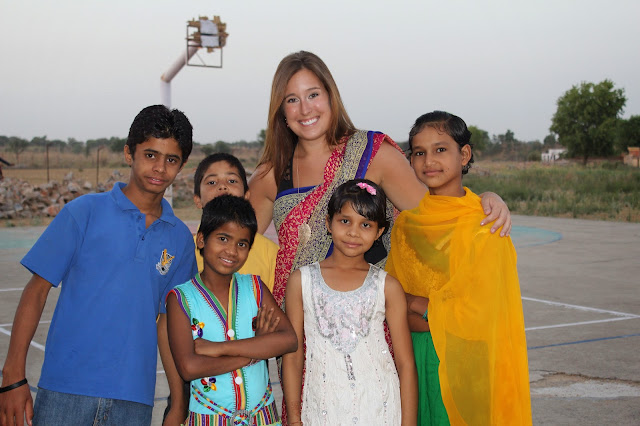 After the grooms arrival with the males of his family, there was quite a long lull. May 14 was a very auspicious day, thus making it a popular day for a marriage. There was a full moon which also aligned with a God's birthday. I am sure there were other factors too, but I know that astrology plays a big part.
Because of this, the man marrying them, like an officiator, was delayed because of another wedding he was at.  During this delay, the DJ was set up and the kids were dancing like crazy! It actually reminded me of my 8th grade graudation dance...a mixture of teenage angst - boys and girls chatting and dancing together talking about he said she said - and the wallflowers who like to take in all their surroundings.

Around 8:-8:30 I think that the kids had gotten so anxious that they decided to serve dinner before the ceremony. We all stood around the stone table tops near the kitchen and enjoyed many dishes. Don't forget that this is literally in the middle of the desert with limited electricity, so many cellphones were used as lights to see what you are eating! 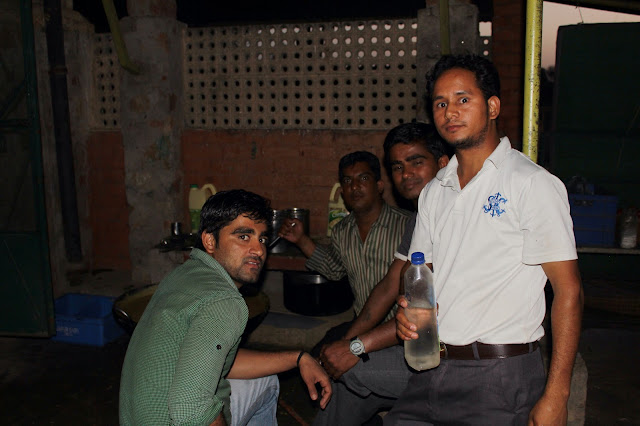 Here are the cooks in the kitchen. Deepak, in the white shirt, is the cook at Vatsalya. He had some help for the day.

After we ate, we meaning me and all the kids, the wedding ceremony started. The bride and groom along with their families ate later. 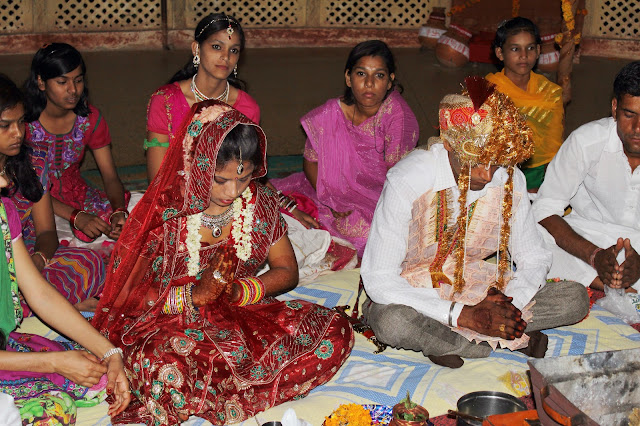 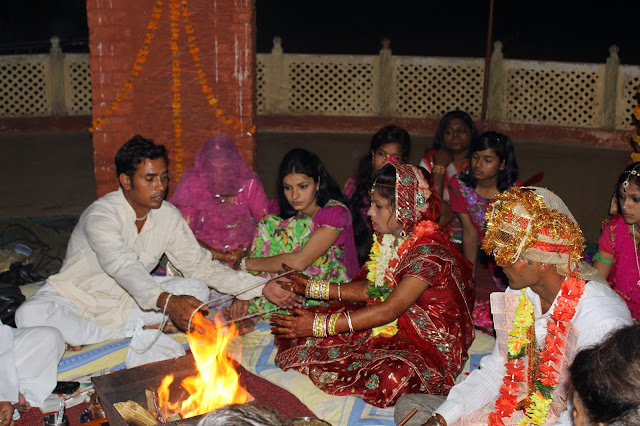 I really don't know much of what occured during the ceremony. There was a fire the bride and groom created together, along with their families. There were different liquids and powders they all threw in, and they circled the fire several times.

Although this was my first wedding I attended in India, Matt and I see weddings in Jaipur just about every week. We live approximitely  20 feet from a marriage garden which is like an outdoor banquet hall.  Sometimes the music is so loud our windows shake!

Here is a clip of a wedding parade in the front of our apartment. We saw it while catching a tuk tuk to go out to dinner. We see several a week and they can create some bad traffic jams. There is a truck with a large generator in front to power all those lights. The groom is sitting on a horse in the back. I find it unfortunate that everyone gets to participate in the dancing except for the bride and groom!

I am looking forward to more traditional Indian celebrations, or any excuse to wear my sari again.