Since returning from the U.S. over a month ago, life has been pretty routine.  I go to school most days, and I am really enjoying it. In the past few weeks, I've met people from Scotland and Australia who have come to volunteer at Vatsalya-Udayan. Vatsalya is the school, and Udayan is the orphanage. There was an older couple from Perth, Australia and a group of three recent high school graduates from Sydney. Now there are two guys here from Scotland, they aren't traveling together just happen to be here at the same time. They help wherever needed, from hours spent peeling garlic or shucking peas for meals, to repairs, gardening, and helping out at school. I enjoy meeting all these new people, and the kids love having new visitors around.

I have been looking through the photos I have on my phone and camera, and realized I have many interesting pictures.  So, since I have nothing too exciting to share, here is our life in pictures... 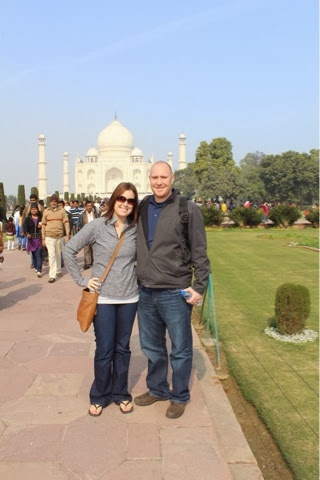 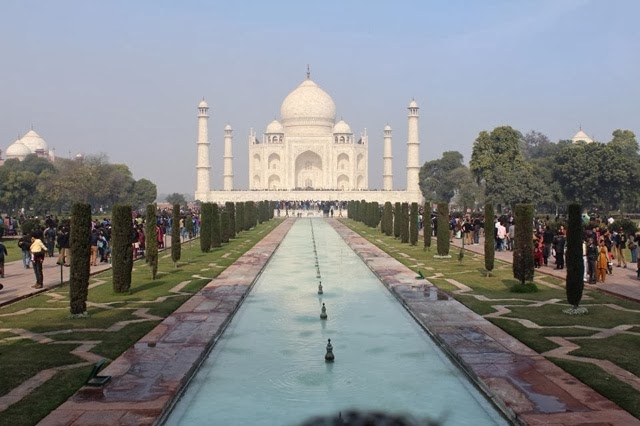 Here we are at the Taj Mahal in Agra. It was beautiful to see, but besides the Taj there isn't much else to do in Agra. We made a trip out of it with one of Matt's co-workers visiting from Minnesota. Most of our day was spent in the car driving back and forth from Delhi. 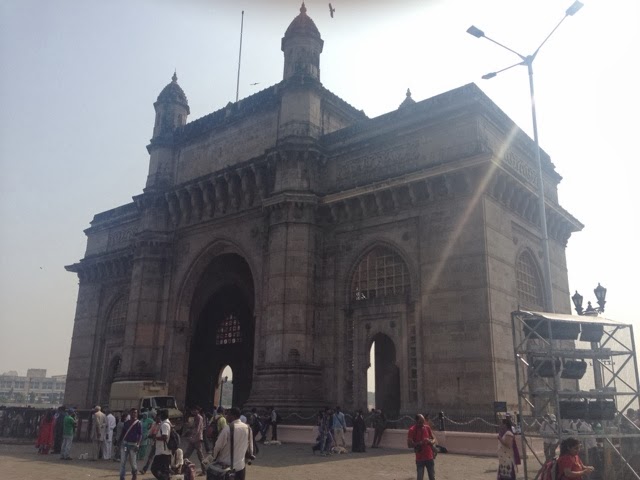 We went to Mumbai which I mentioned in my last post. This is the Gateway of India, which was the first entry point for people arriving from Britain.  I swear many of pictures I saw of this on Google are photoshopped, because it was much less impressive that I thought it would be. 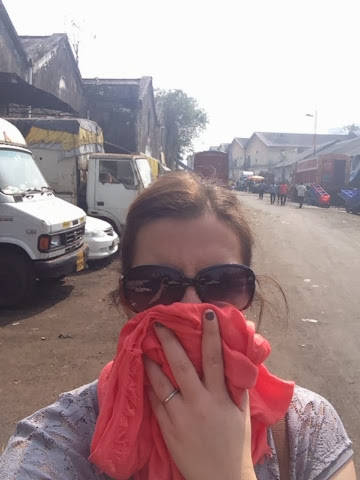 This was my reaction to the aromas coming from the fish market in Mumbai. Imagine fish sitting in the hot sun...Mmm. (Side-note: I first accidentally typed Sydney there. I must have been remembering how the Sydney fish market did NOT smell rancid at all, and was in fact quite exciting to see and delicious!)

Here are some pictures of things I seen on my way to school... 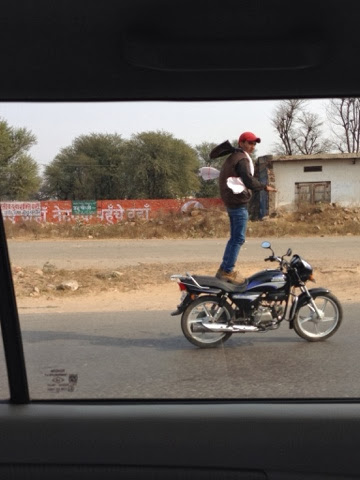 This guy was holding up traffic! 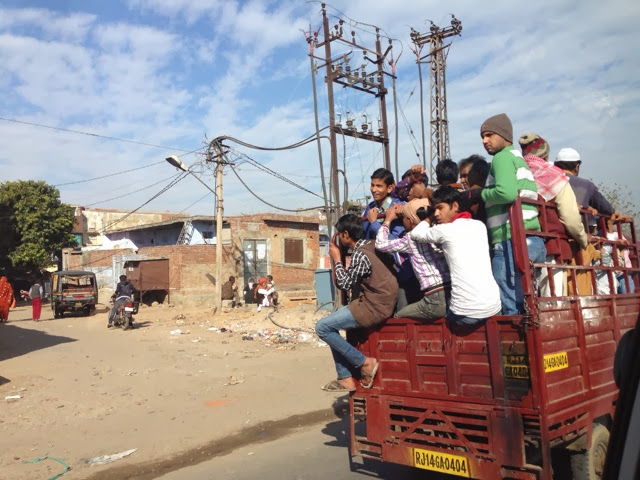 Now for some school pictures... 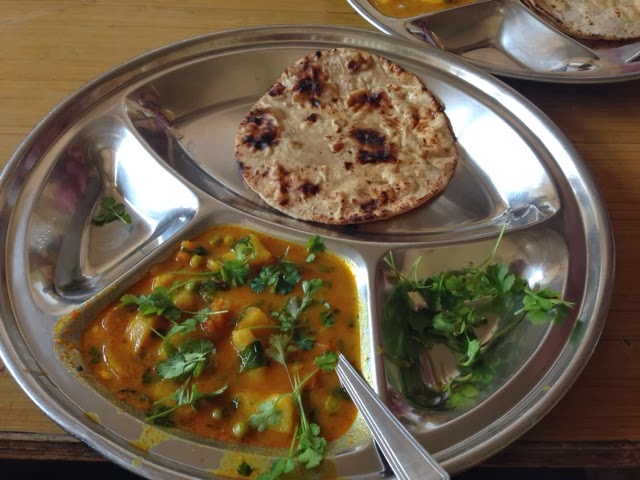 The school times have changed the past few months due to the season. School starts later so you're in session the warmest hours of the day.  Because of this, I am now there for lunch time. Above is my favorite lunch, potato and pea sub-jee (probably spelling that wrong). Lunch is a rotation of dal (lentils), sub-jee, and curries.  The peas, parsley, and chives are in season right now, so many of the meals have it. They have a fairly large farm area, so the food is always whatever is available. 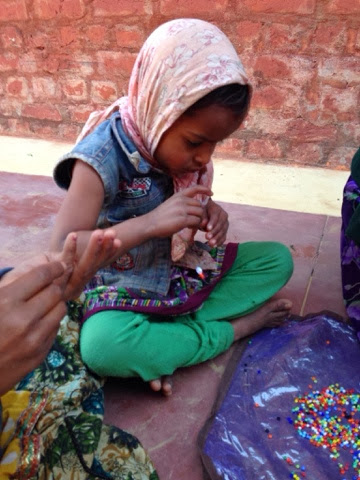 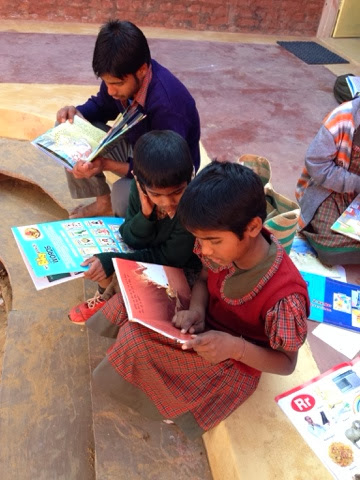 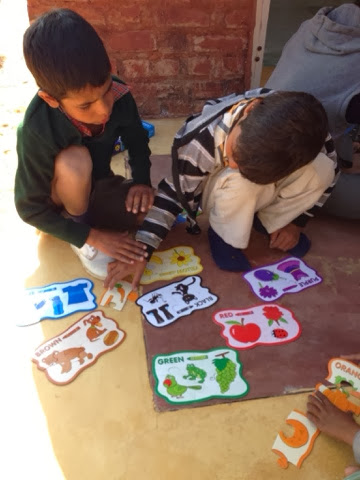 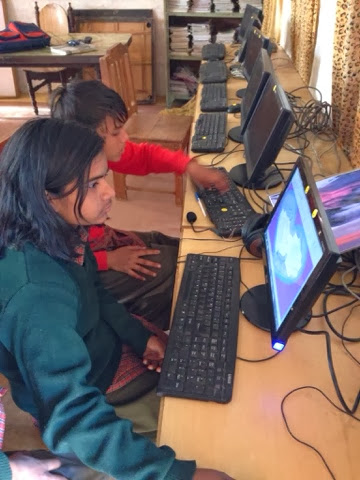 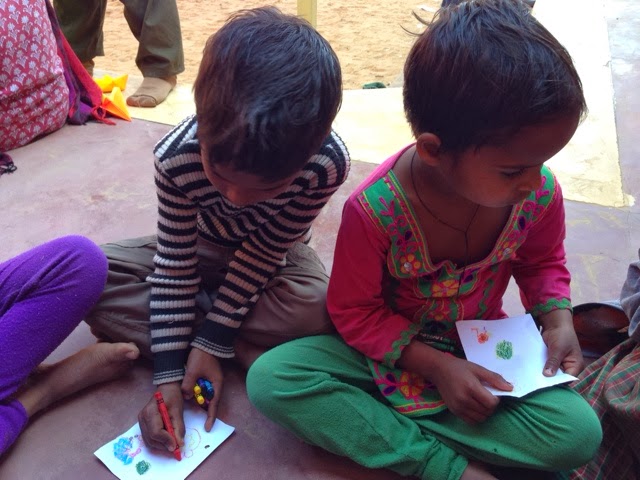 Some changes at school have included an hour long activities rotation.  The kids are in groups, and rotate activities each day, which include art, books, games, and dance lessons. Thank you to everyone who has provided donations - the crayons, books, puzzles are from you! 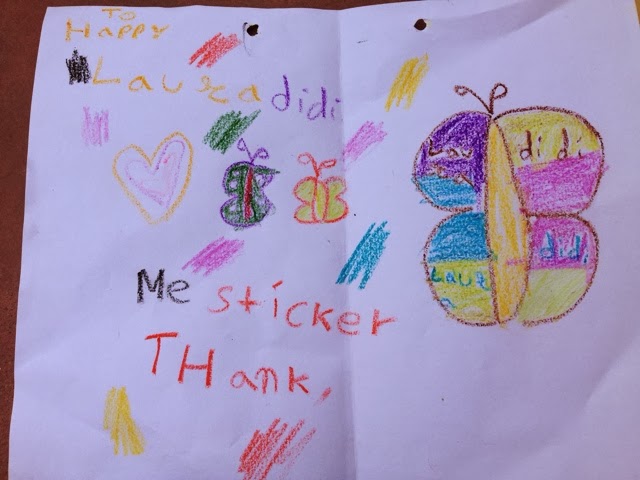 This is a thank you note from Aakash, who particularly loves the stickers.

On Monday we went to Achrol for lunch, which is the closest village to school.  I still am not really sure why we went there, but essentially lunch was hosted by a family.  We took the bus and the jeep and we were SO crammed in there! The bus probably actually seats about 18 people, and we must've had at least 45 people in there. The littlest ones were the most squished! 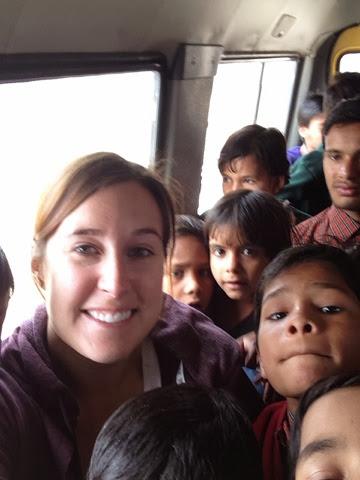 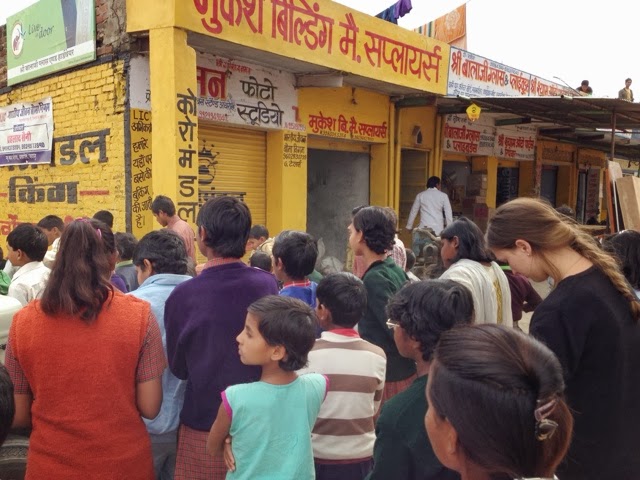 We ate on top of the yellow building. 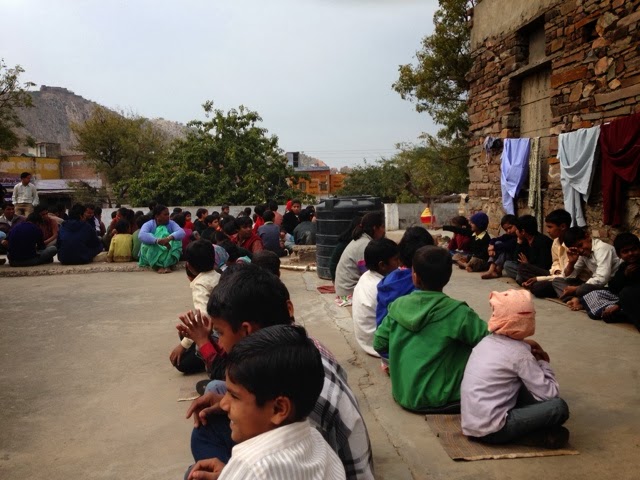 Waiting patiently to be served. 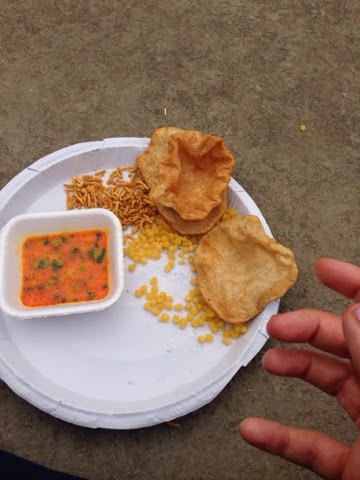 And here's something annoying that happened... 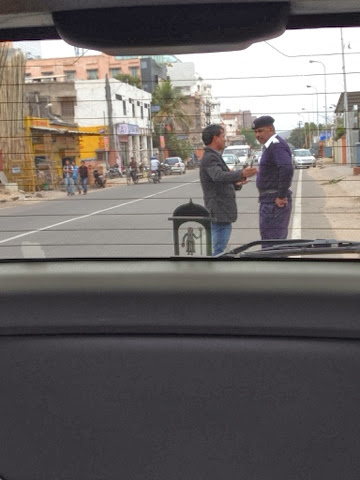 I gave a ride to a woman who works at school back into Jaipur. We ended up getting pulled over because she didn't have her seatbelt on! In the time the officer hastled Ajay (above) I counted at least 10 motorcyclist drive by without helmets, which is also supposedly illegal, and tuk-tuks don't even have seat belts! I just don't get it! They charged us 500 rupees, about 9 dollars. 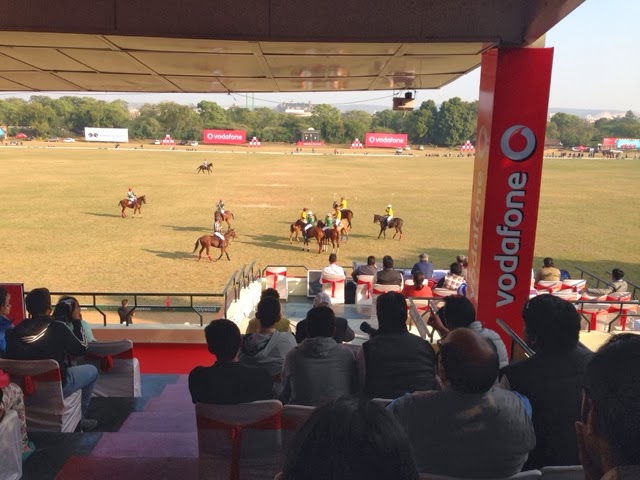 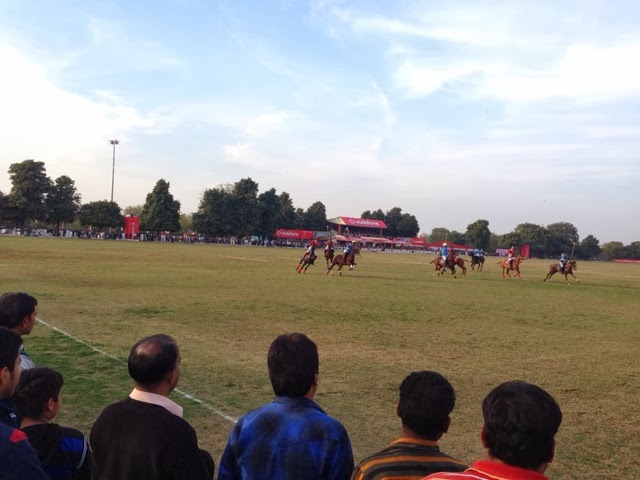 We went to our first polo match in Central Park. I'd personally rather be at a baseball game with a hot dog and over priced drink, but it was fun to see something new. 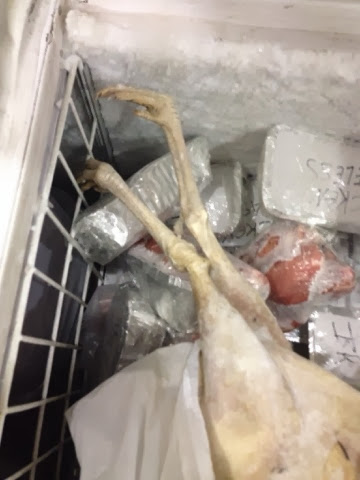 I found this disgusting chicken in the freezer at the grocery store, half shoved in a bag.
I checked the freezer two weeks later... Still there, different freezer. Don't worry, I buy my meat somewhere else!

So that's essentiall my life summed up.  Here's what Matt does: 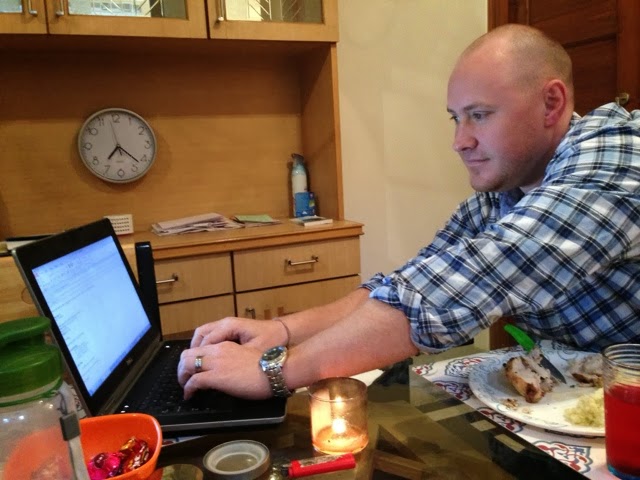 Working at the dinner table.  I'm not sure he was able to truly appreciate the chicken and mashed potatoes I made! Luckily this has only happened once.

My next task is to start taking more videos to share with you all! I'll go get on that.