Matt and I just returned from an amazing trip to New Zealand and Australia! We were gone for two weeks, and I took tons of pictures, so I'll try to give you the abbreviated version.

We left Jaipur on October 19th, and a 4 hour drive, 12 hour flight, and 8 hour layover later...we arrived in Christchurch, New Zealand! We got in late, and spent one night before driving across New Zealand to Queenstown.  The sights were beautiful! 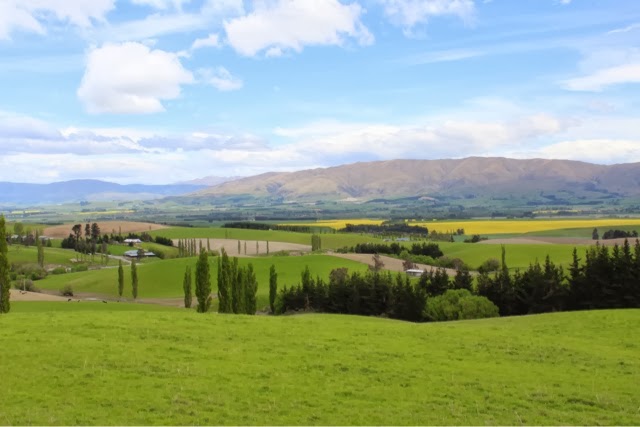 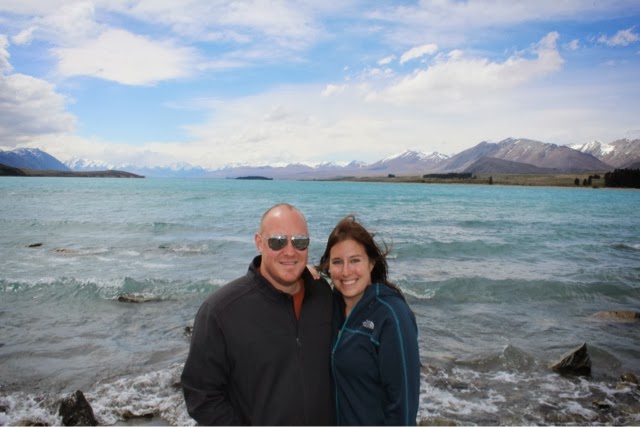 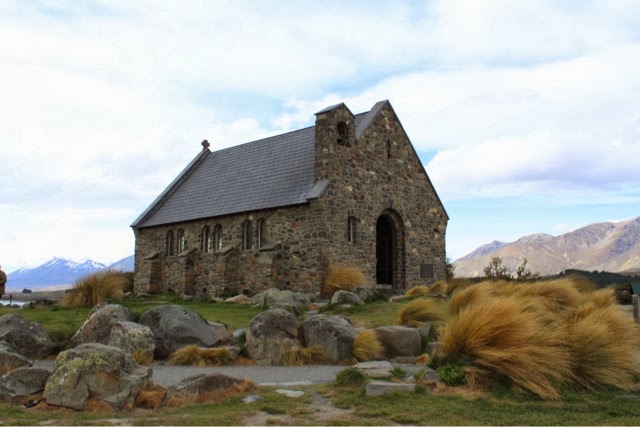 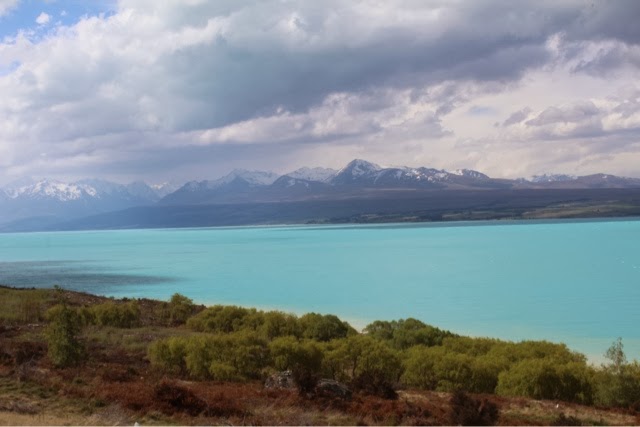 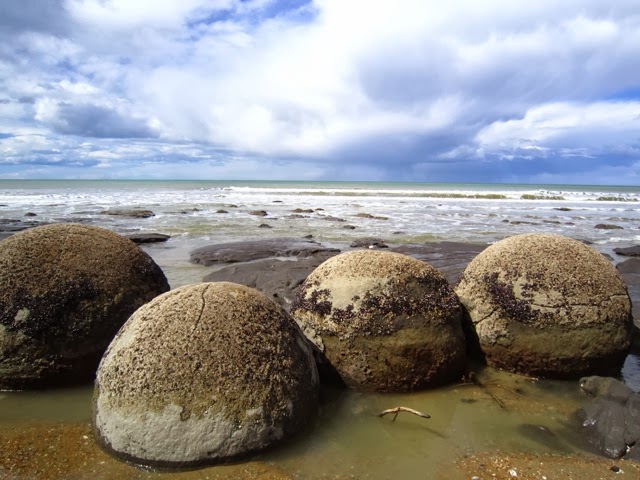 After a full days drive, we arrived in Queenstown where we stayed for five days.  It's a very nice, small town nestled in the mountains on a beautiful lake.  We spent our time paragliding, riding down a luge, hiking, and visiting a winery! 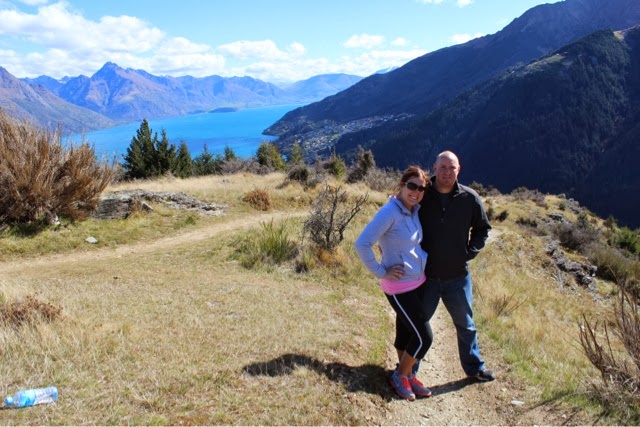 Hiking on the Queenstown trail...a bit steep fo my liking. 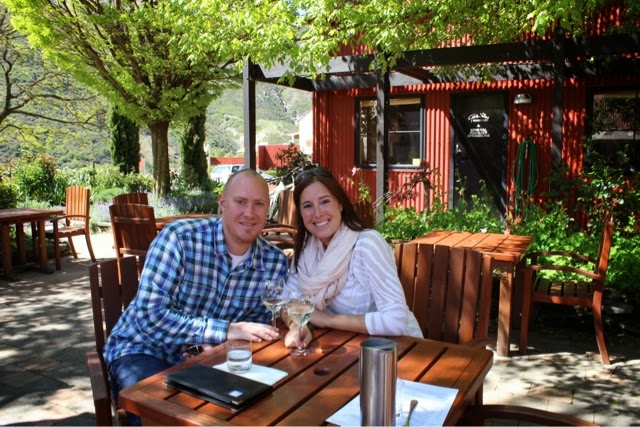 Visiting Gibbston Valley Winery. We took a tour of the wine cave and after 20 minutes, I learned everything I need to know about grapes. 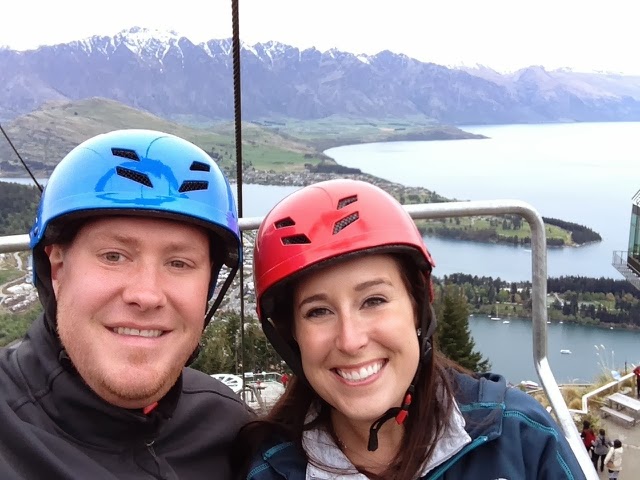 Taking a lift up the mountain to luge! I tried to keep up with Matt, but he went way too fast! 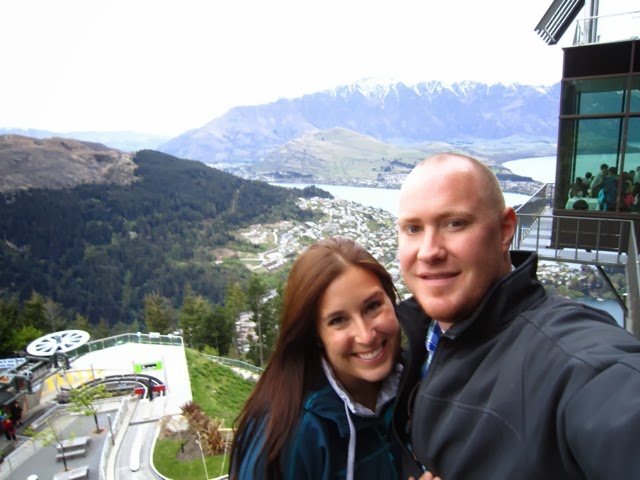 After our time in NZ, we headed to Cairns, Australia.  I had my first dive there on the Great Barrier Reef (diving for dummies crash course), and we saw many animals, visited the Daintree Rainforest, and relaxed on the beach! 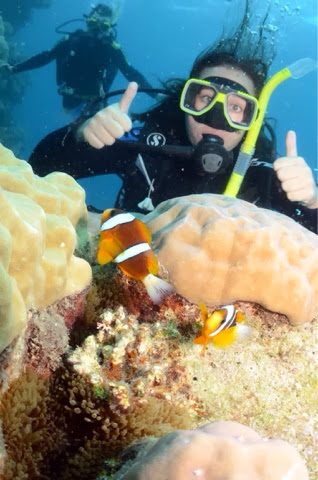 Here I am with Nemo and Marlin. Dory was no where to be found.  We took a day trip on a large boat, where the divers took out groups of four on first time dives.  All I had to do was figure out how to breathe under water, and they took care of the rest. 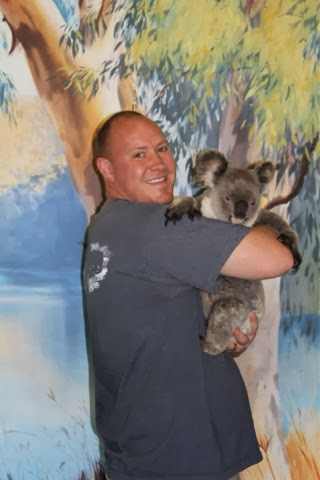 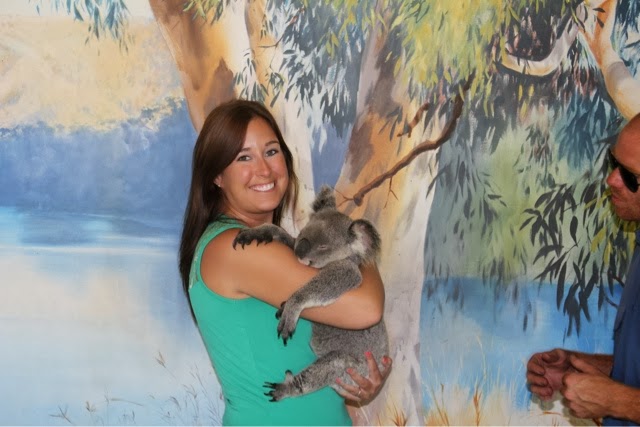 Check out this cute, cuddly Koala at the Kuranda Koala Gardens. I think this zoo was Matt's favorite part of the whole trip! All the animals were in the open to pet and feed. I even got pooped on by a parrott...but seeing as how me getting pooped on is a regular thing here in India, I barely flinched. 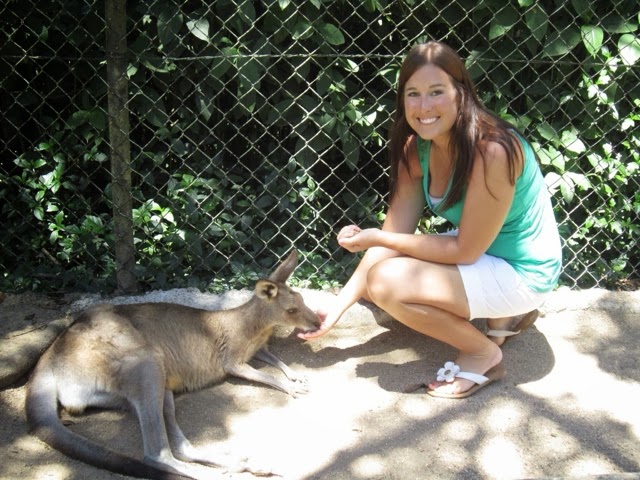 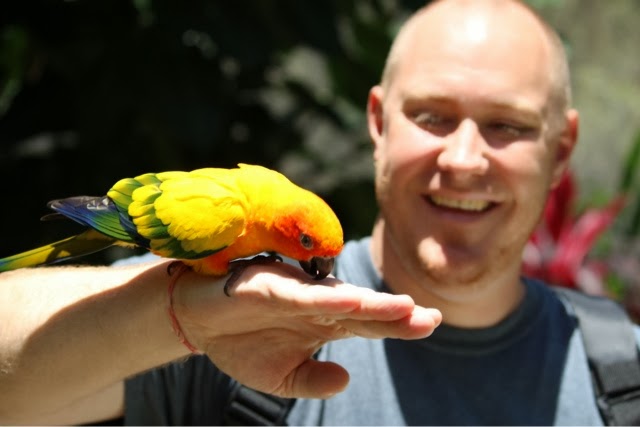 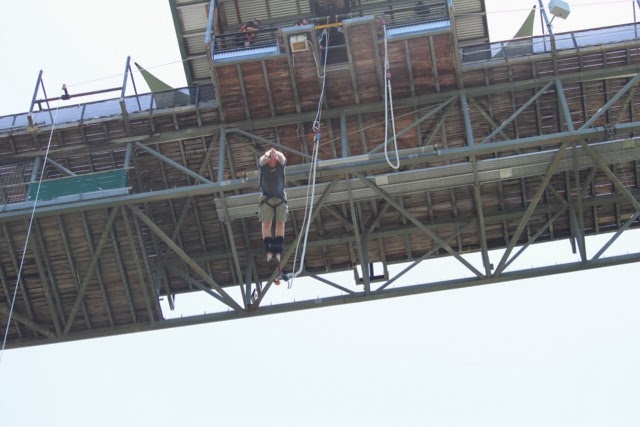 Our last day in Cairns, Matt went bungy jumping! If I were a mean person, I would post the picture of him first jumping off the platform with the most terrified look on his face, but I don't think he'd be very happy. Let's just say it gave me a real good laugh. I am proud of him though. Maybe we can find a place for him to bungy here in India. :) 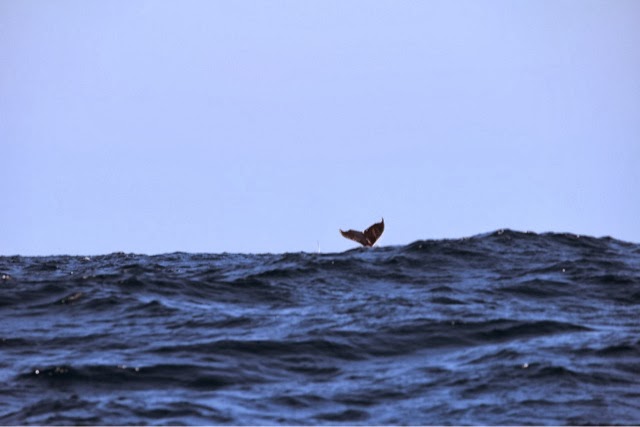 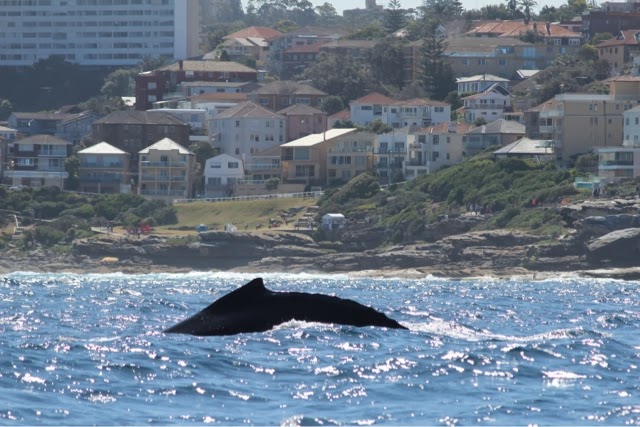 We went whale watching just off of Bondi Beach, and saw several whales! We were hoping one would breach out of the water, you know, like you see on TV. But this one only teased us. 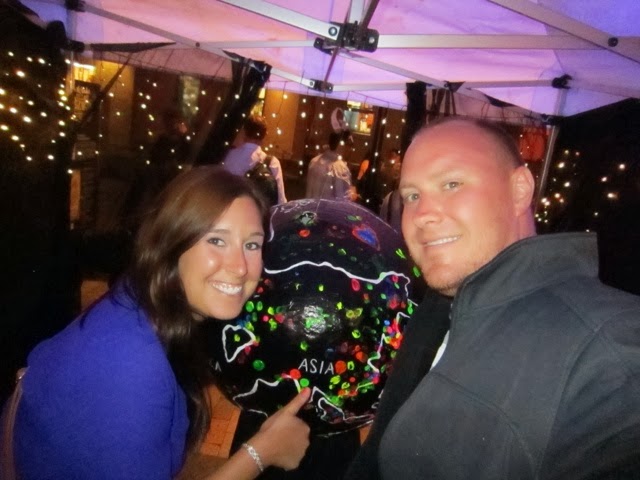 One night in Sydney we went to the Bizarre Festival and ate delicious food! There was a band playing 20's music, and many interesting people (artsy fartsy types). On this globe you are supposed to put a thumbprint where you're visiting Australia from...Matt put one in Minnesota, and I put one in India. 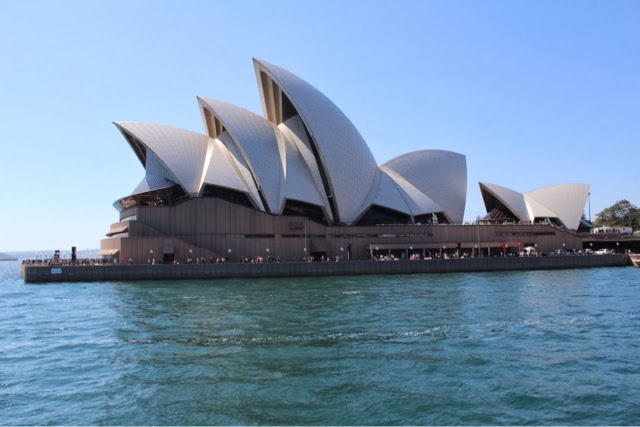 Opera House...for some reason seeing this in person was on my life's bucket list. I've always wanted to visit Australia and I am so grateful I had the opportunity to go.

So there you have it, the down and dirty version of our trip. I wish I could share every picture with you, but this is about all my sketchy India internet can handle right now.

Speaking of India, don't worry, we immediately encountered frustrating problems within minutes of arriving in Delhi.  Our phones didn't work! No 3G. No calling. No texting. Ajay told us that when he called our phone numbers, other people answered them. This was a real peachy greeting back to reality.

I went to the phone store yesterday and found out that phone numbers for foreigners expire after 90 days and get recycled back into the system for others to obtain.  If I renew the number, it will just be gone again in three months. So...Ajay was awesome enough to provide his ID and put our SIM cards under his name so they won't expire. Ajay was supposed to get a cryptic text "20 minutes" later to activate the phone. It has been six hours and still no activation. Figures. But don't worry, I'll keep you posted on the outcome of this - I'm sure it will require another visit to Airtel. To be continued...