Tourists in our own city

On Thursday I celebrated my second birthday in India. I'm officially too close to 30. Matt and I tried a new restaurant called Forresta. It was a little far, but I'd defiitely go back. The food was really good, and we even had a bottle of wine with an ice bucket! Pretty fancy.  But the table next to us had  one of those giant meter beers at their table, so maybe it's not that classy.

Matt and I had planned to go somewhere over the weekend for my birthday and sightsee in Jaipur.  (I like to celebrate my birthday over multiple days.) We ended up doing just about the most touristy thing here. We rode an elephant to the top of Amer fort in the Pink City.  If PETA knew about this place, they'd be very mad  Actually, if they knew about all the wandering, starving animals everywhere, it would not be pretty.

I was really excited to go, and I did have a really good time.  But I do feel bad that these elephants have to carry people up and down a hill all day in the heat.  I'll have to make up for this by visiting Dera Amer which I just heard about, outside of the old city.  Apparently you can take care of an elehant for the day, feeding and bathing it.  I'd rather give an elephant some fruit and a good shampoo.

Our driver Ajay works for a tourisit company that hires out drivers as well as tourist guides.  He set us up to meet a tour guide at the top of the fort.  When we got there, he was able to take a few pictures of Matt and I on the elephant.  Her name was Bacaina which means "restless."  This is the one picture where we don't look extremely uncomfortable.  There wasn't anything to lean back on, and it was a very bumpy ride.

Also, I've noticed when I transfer my pictures from my ipad into my blog it shrinks them and makes them look fuzzy.  I don' want anyone thinking I take blurry pictures! I blame the Blogger app. 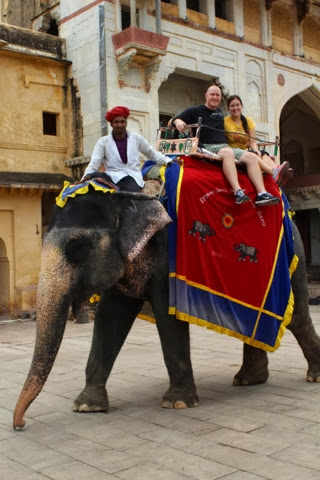 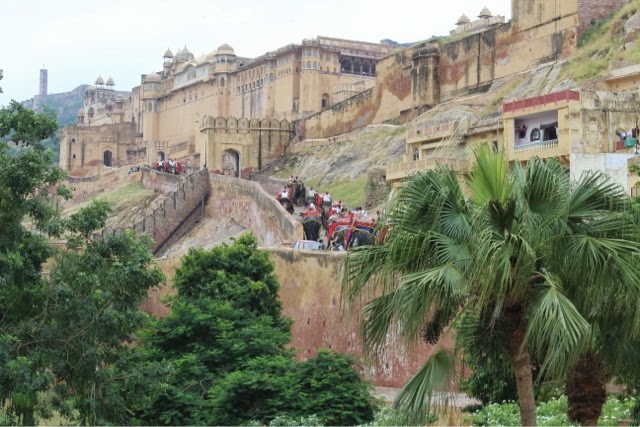 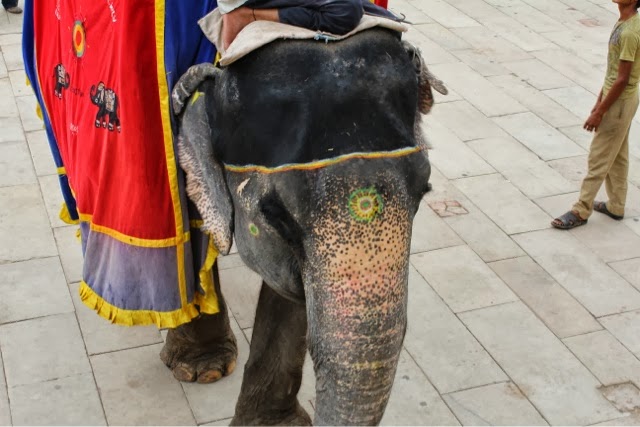 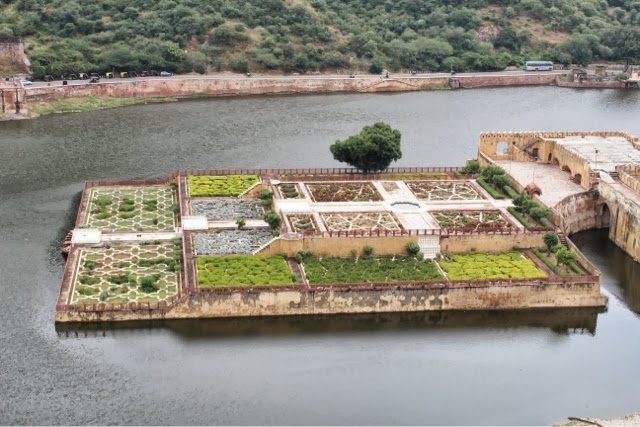 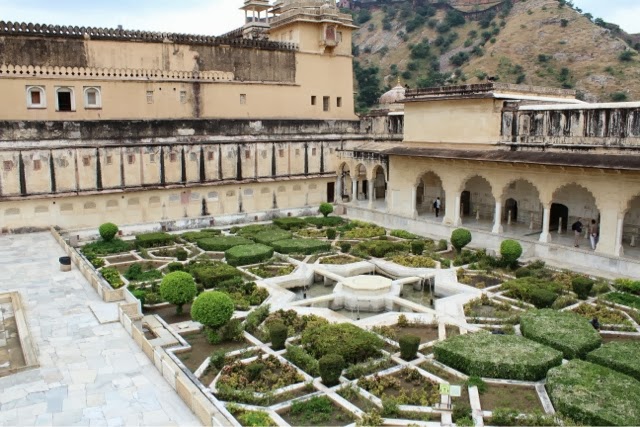 Below is a view of the fort entrance.  This is where the royal family used to live. 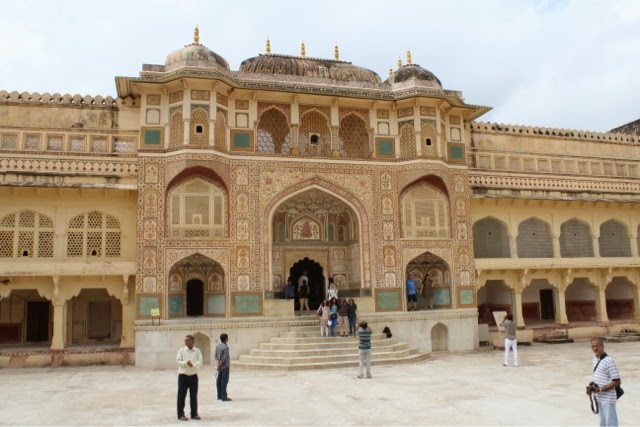 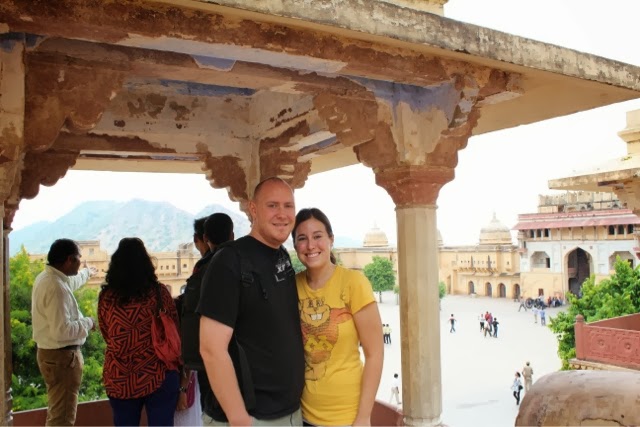 Matt felt the need to try out the old Turkish bath. 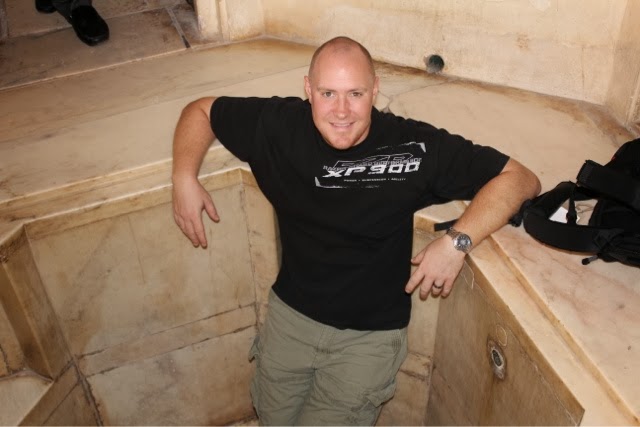 All of the paint for the art was made from natural dyes of fruits, veggies, and plants.  I'm impressed it has lasted so long. 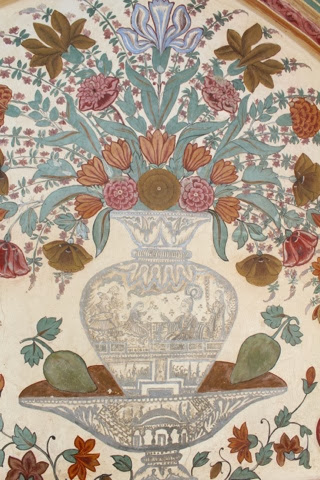 These photos with the mirrored walls was the Winter Palace.  The sun would heat up the glass and the mirrors would reflect the heat to make it warmer. 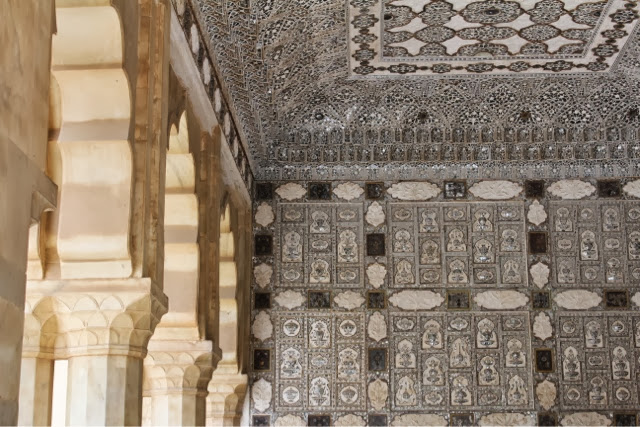 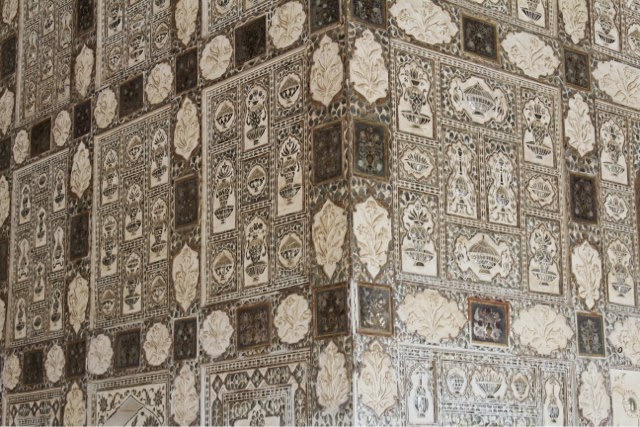 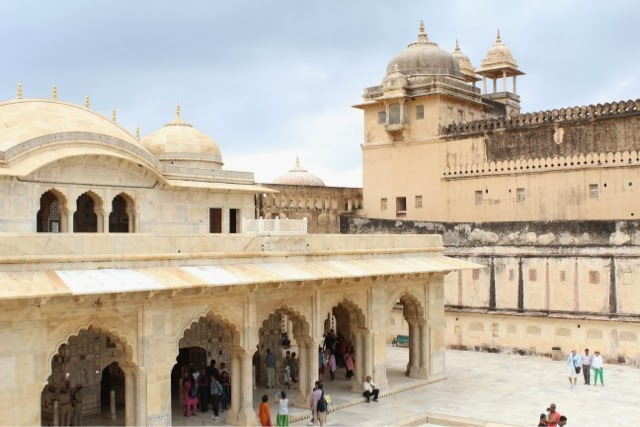 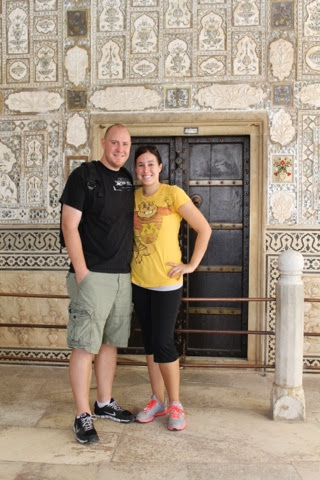 This is a view of Jager fort.  We will visit here soon, too. 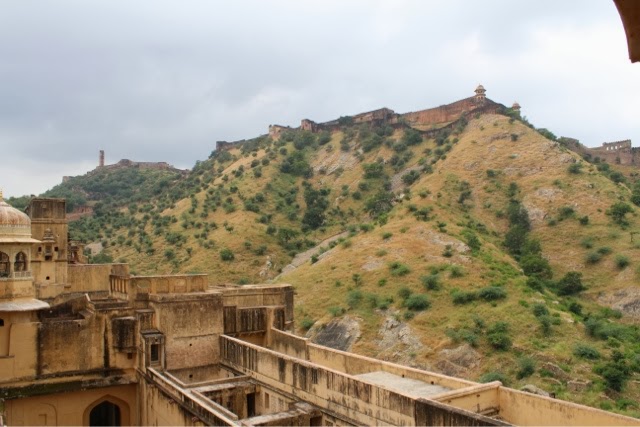 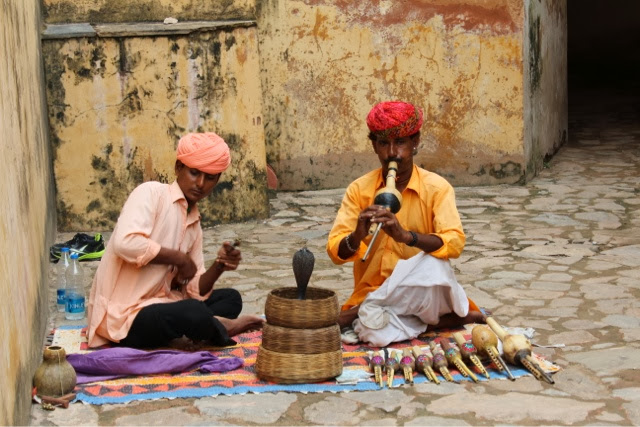 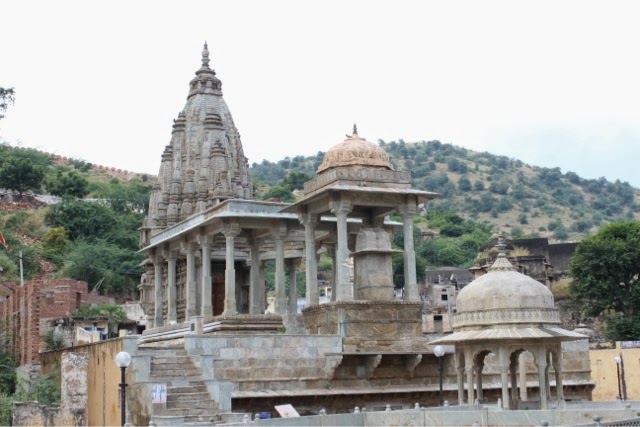 When we were done visitng the fort, we went to some village with a huge store where they still make rugs by hand and use natural dyes to do block printing.  We watched a guy make a block print of an elephant which I got to keep, but the colors look suspiciously like Crayola tempera paint...

By 1:00 we were over the whole sight seeing thing, and we made a stop at HSBC bank. They had told us our PIN number would be waiting for us so we can actually use our bank account and pay for our phones and internet from home instead of going to the Airtel store every three days.  But, of course, they did not have it.  Three business days will apparently mean 3 more weeks.  Remember how I complained about the bank earlier? We are going on 11 weeks of STILL not having a bank account.  Oh well. I need to learn to not have any expectations. Ever. I will be a lot happier that way.

Despite the bank being super annoying, I did have a great few days celebrating my birthday.  Thanks to everyone who sent back so many goodies with Matt! I really liked receiving lots of comfots from home.  Matt had to vaccuum seal all his clothes so he had enough room to bring back all my birthday gifts! :)  I'm off to learn Cribbage which Matt claims is the best two person game ever.  If it has too many rules though, I'm not playing.  I also don't like to play if I don't win, so we'll see how this goes.