A few days ago, Matt needed to go to New Delhi for work.  His company puts him up in one of the nicest hotels I have ever been to, so it was a natural decision for me to join him for some pampering. We stayed two nights there on our initial trip down to Jaipur. While Matt worked for three days, I slept in the world's most plush bed, went to the gym, shopped at the Ambiance Mall, and lounged by the pool.  Don't judge my pure indulgence. 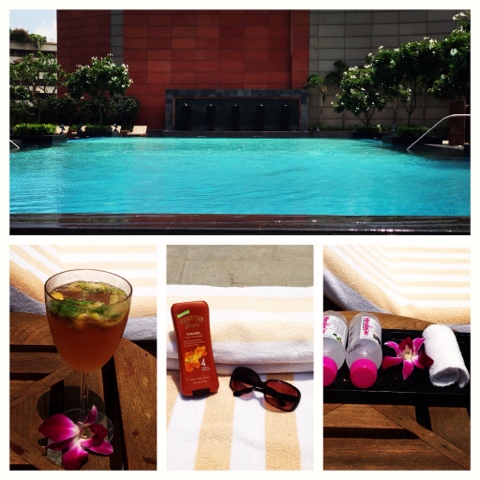 Yes, I Instagramed this awesome picture. I actually had to google how to do this.

While we were in Delhi, we went to Chili's! Sadly, we go to this restaurant far too often in the U.S., but it was good to go to a familiar place. However, I don't know if it was Chili's, the hotel food, or just the fact that we were in Delhi, we experienced some serious Delhi belly. For those of you unfamiliar, please see the attached link:

While Delhi belly is not enjoyable, we were able to spend a day seeing some sights.  We went to see the Lotus Temple, which is of the Baha'i faith. This religion encompasses many other faiths, and emphasizes the unity of humankind. It was an enjoyable visit, despite some of the people I was annoyed by. While we were waiting in line to enter, a man was taking pictures of me on his cellphone. I didn't even realize what was happening until Matt stood right in front of me to block him.  Apparently he didn't take the hint because he tried again and I had to use my crabby voice to tell him to stop. I know people are only taking pictures and staring at me because they are curious about me, but it is still weird.  I learned from a couple we met who has lived in Delhi for six years to stare right back. I have since then tried this, and I think it's working! Plus, it's fun to turn the tables. 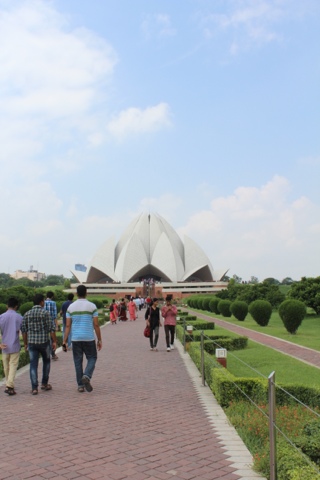 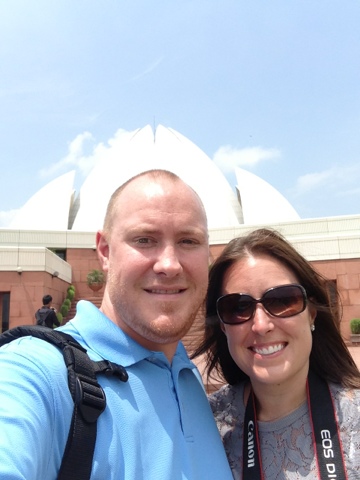 While we were in Delhi, we went to Cannaugh Place Market. If you want to go to a place flooded with people, many of whom are trying desperately to sell you their goods (or drugs), then go to a market! Matt is much nicer than I am, and engages in conversations with every person who talks to him. I, on the other hand, am getting really good at ignoring people. Matt advised me to be nicer, telling me that some people are really just curious and want to chat. However, his conversations often ended when he declined a drug offer. When I am in a crowded place like that, I am too busy watching our for piles of cow dung, contagious people, and keeping track of my wallet to talk. 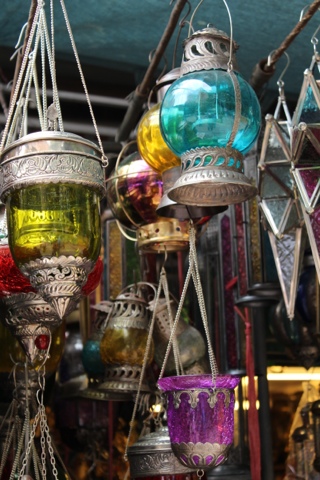 I bought a lantern similar to these. 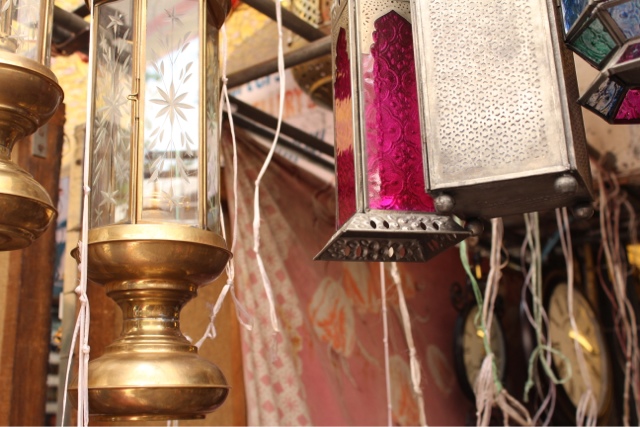 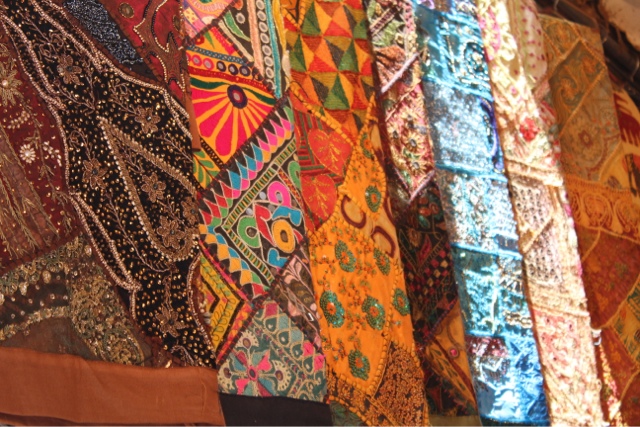 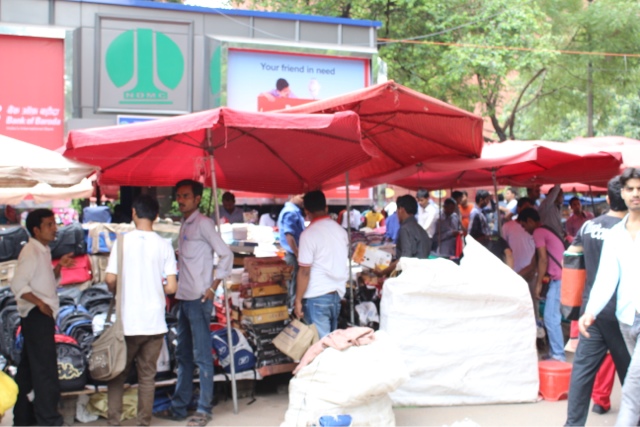 I wish I was able to capture a picture that really shows how many people were at this market. 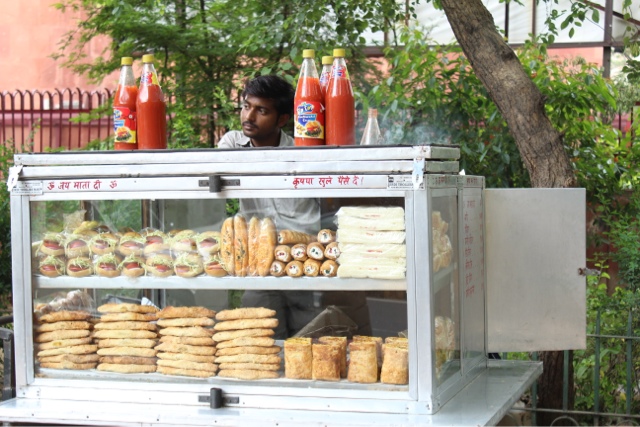 There was a lot of street food at this market. I don't think our stomachs will ever be ready for that...

Visiting Delhi made me grateful that we live in Jaipur. There are millions (literally) more people in Delhi, and the traffic is insane.  The traffic and the size of the city means it takes a minimum of 45 minutes to get anywhere.  And the poverty, especially the children, is also much worse there. Although there are not nearly the modern amenities in Jaipur as in Delhi, I'll take Jaipur any day just for the sanity.

Sight seeing in Delhi has made me look forward to exploring our own city more.  Our driver has pointed out several temples and shopping areas I want to see.  Hopefully we can do something fun this weekend. I'll be sure to let everyone know when I do something really awesome, like ride an elephant!